The SP was lower by 8 on the day, expanding the selloffs decline. Price is now 6 days down and getting closer to critical support at the 0/8 level and 200dma. There are also two other cortical support areas to consider. The MOB study projects support off the April low right at Wednesday’s settlement and the second line of defense off the March low projects support at the 1220 level. 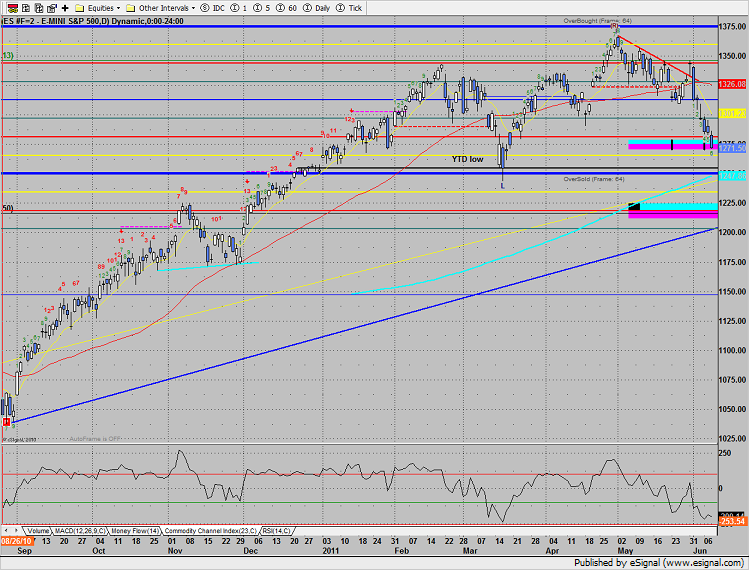 Naz lost 25 on the day and was much weaker than the broad market. Price settled below the 4/8 Gann level and April low. Key support lies at the 200dma which lines up with the MOB off the 4/18/11 low. 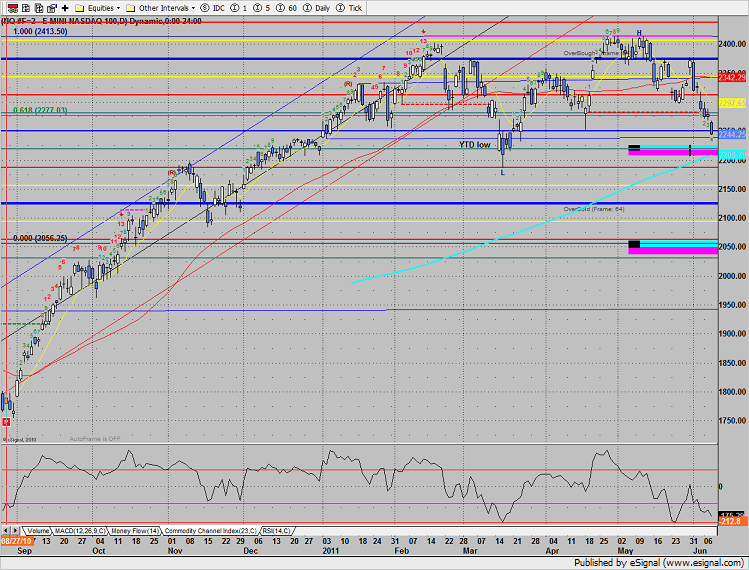 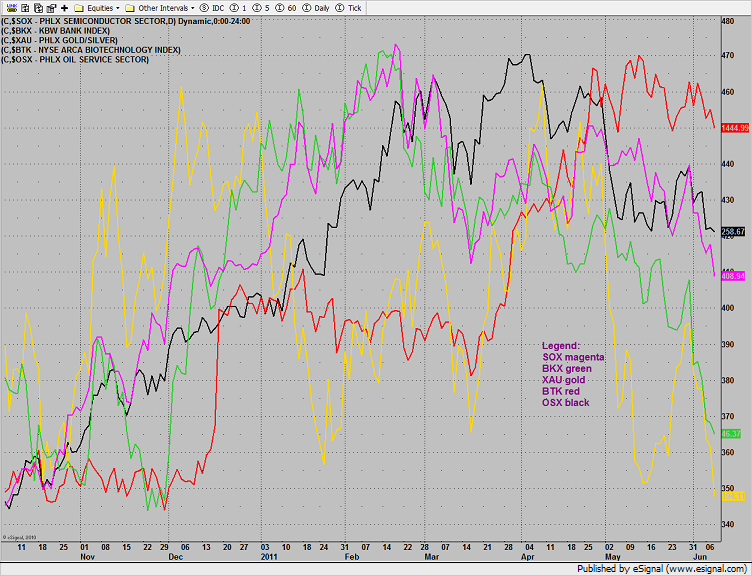 The put/call settled at a marginal new high: 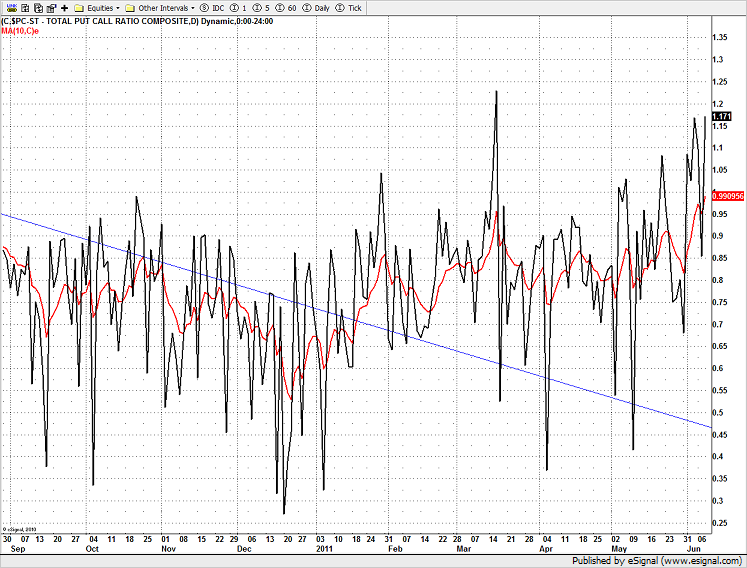 The OSX was top gun, helped by higher oil prices. Price settled right at the lower edge of the trading range. A beak below and follow through would be very bearish for the broad market. 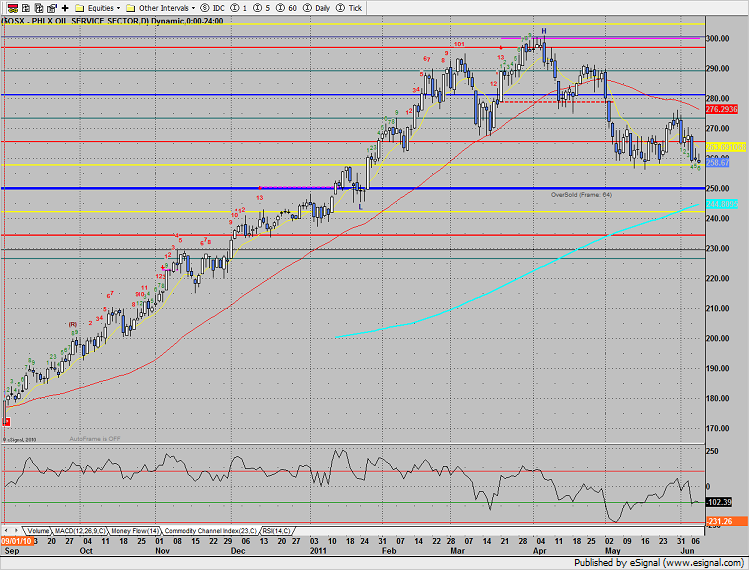 The BKX continues to leak and is now 11 days down. 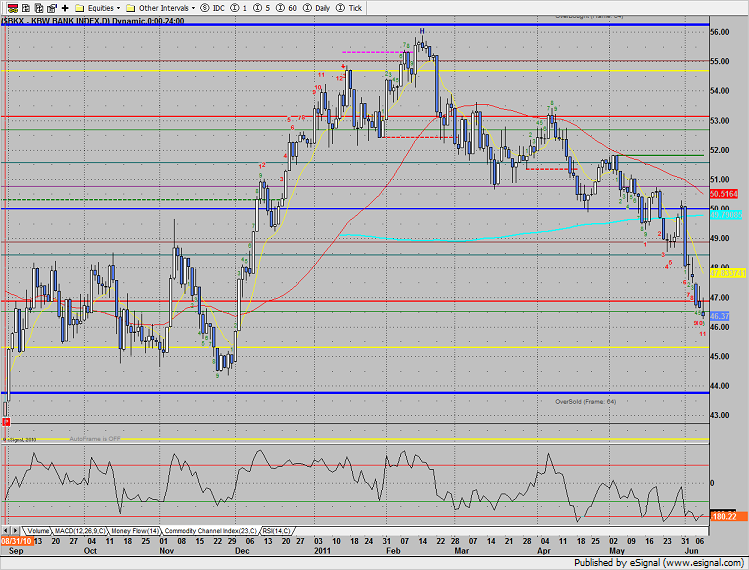 The BTK used the 50dma as support but is close to a beakdown. Set an alarm for a move under 1436.50 which should kick in some high probability shorts in the sector. 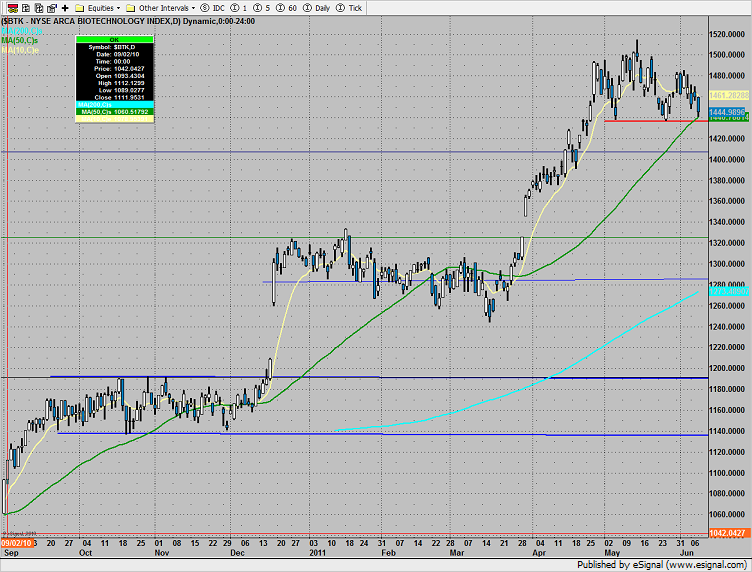 The SOX recorded its lowest close of the year. This is a very bearish development. Expect some gaming of the 200dma after which there will be good short setups. 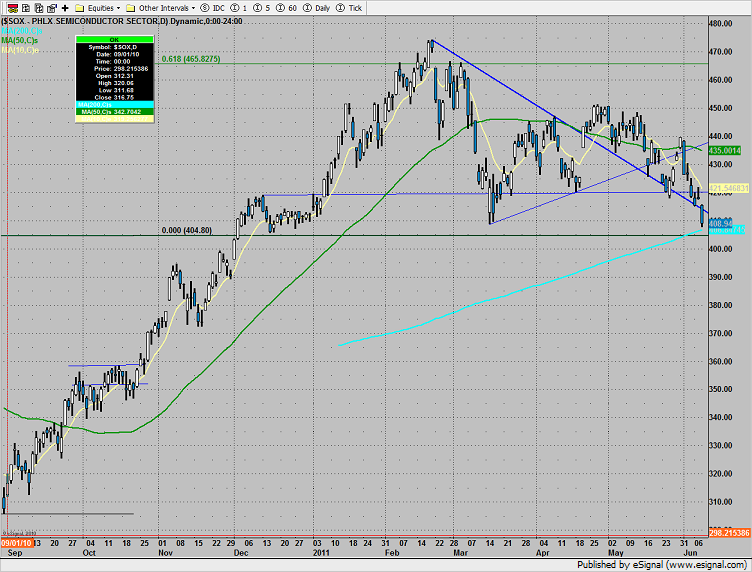 The XAU also recorded a new low close for the year. Keep in mind that the divergence between the XAU and the gold futures is bearish for gold. 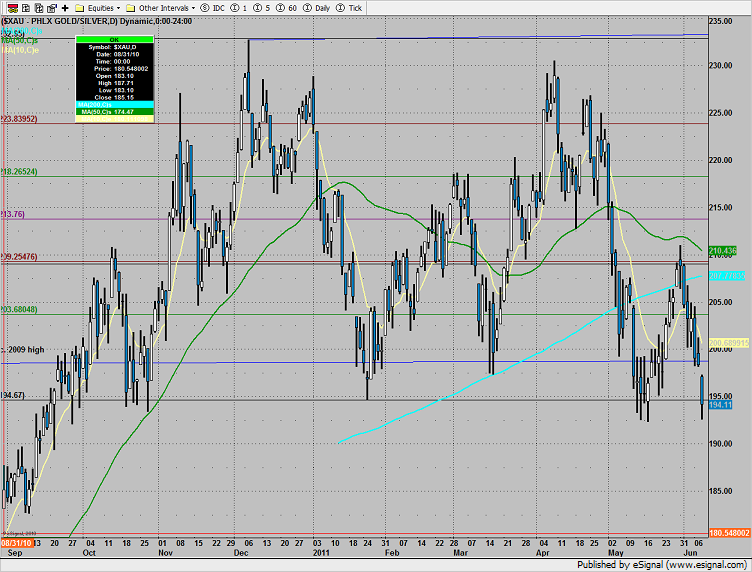 Below, note the huge divergence between gold (green) and the XAU (magenta). 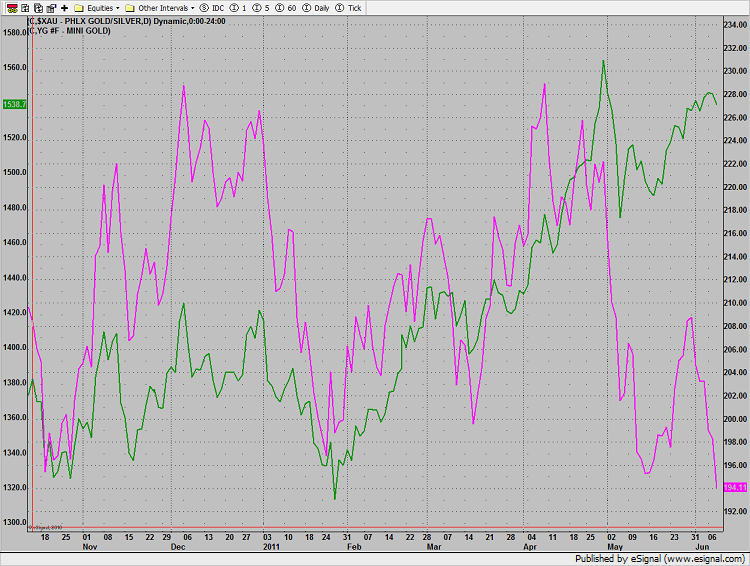 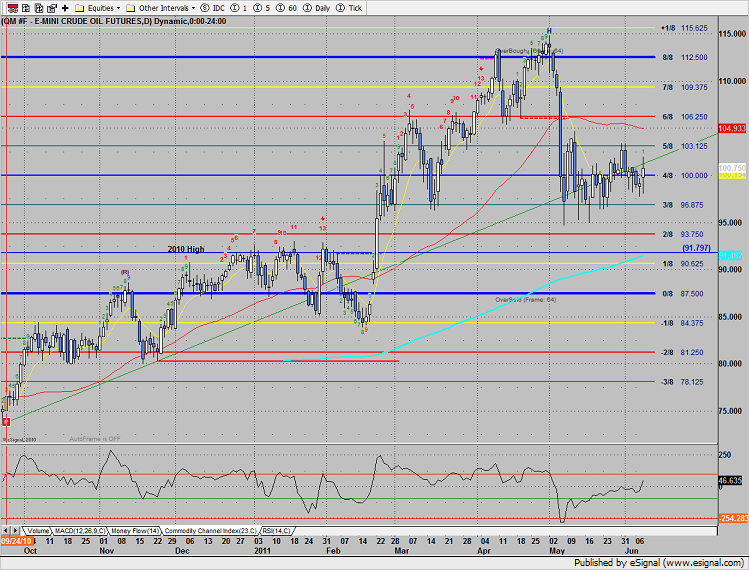 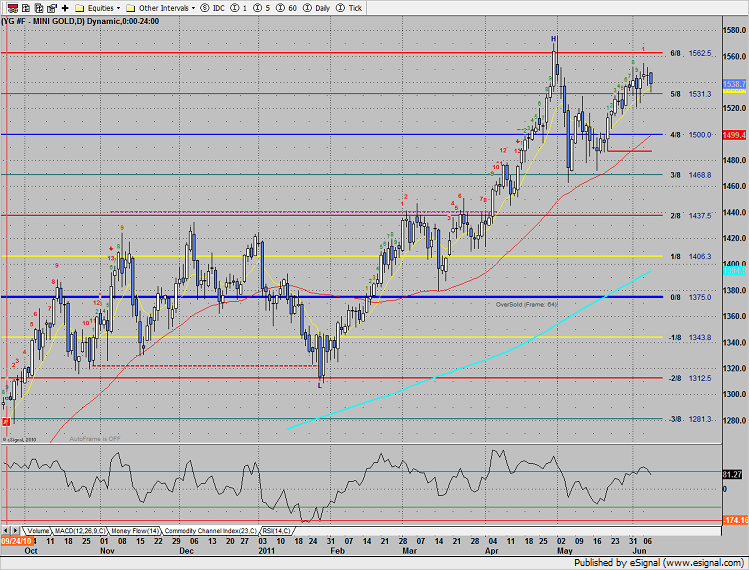