The ES gapped below the 200dma and then lost more ground to close on the lows down 32 on the day. Price is still above the 10ema and as long as it remains so is still short-term bullish. One bearish feature was that price settled below the low closes of both March and June 2011. 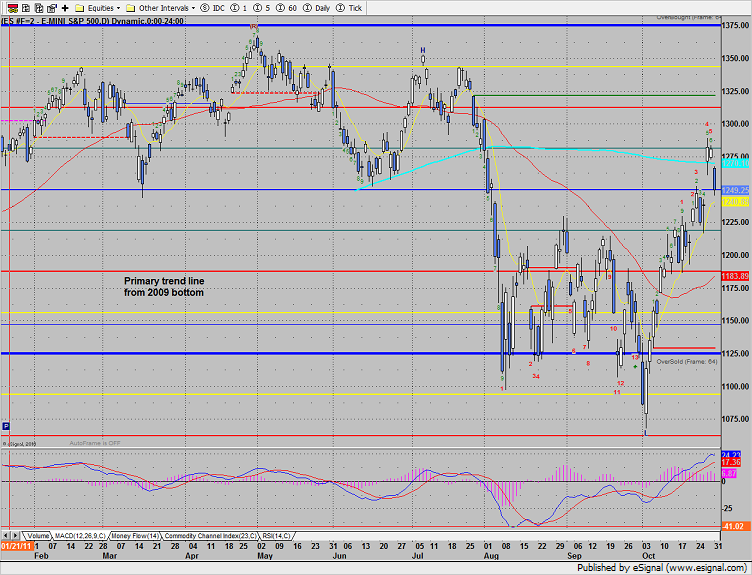 The NQ futures settled right at the midpoint of the trend channel and also above the 10ema. Keep a close eye on the active static trend line which continues to be bull repellent. 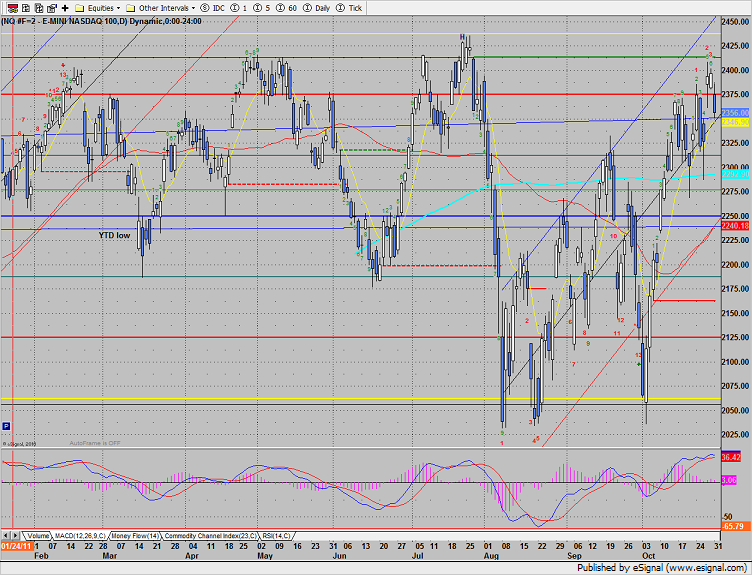 A funny thing happened on the way to the best performing October in decades…….it moves so fast that the 10-day Trin never had a chance to record an overbought reading! The NYSE Trin is closer to an oversold rather than overbought reading. Good news for the bulls. 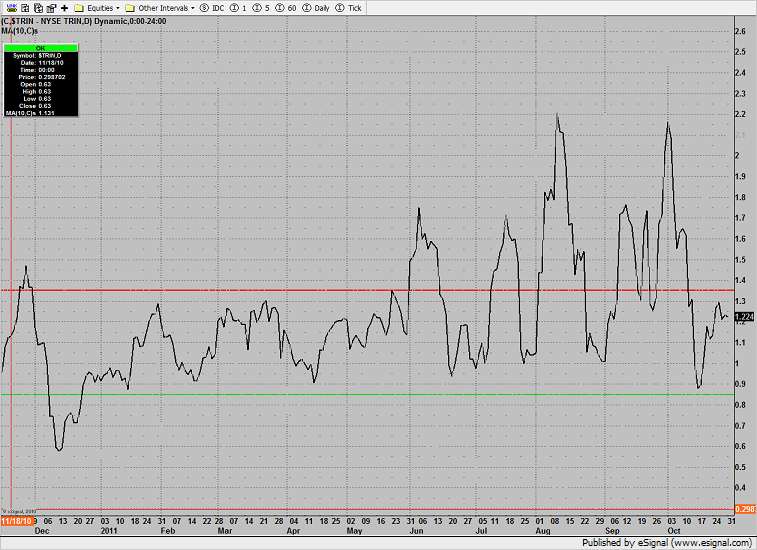 The put/call ratio is neutral. 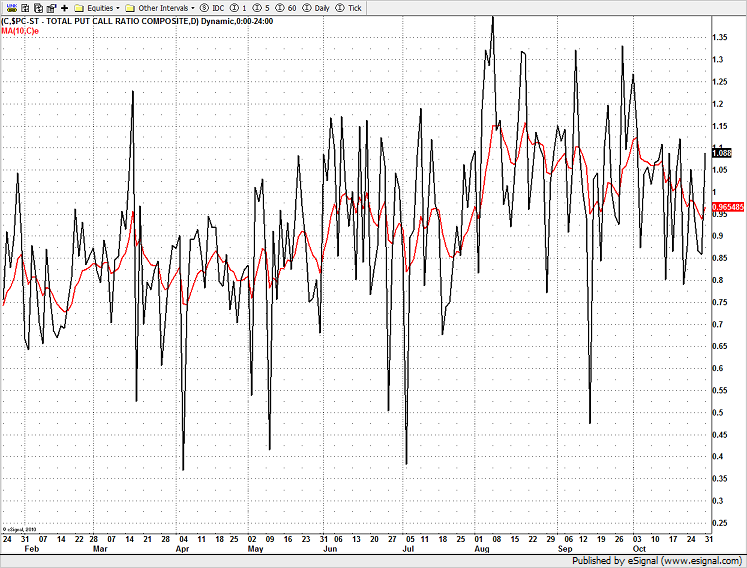 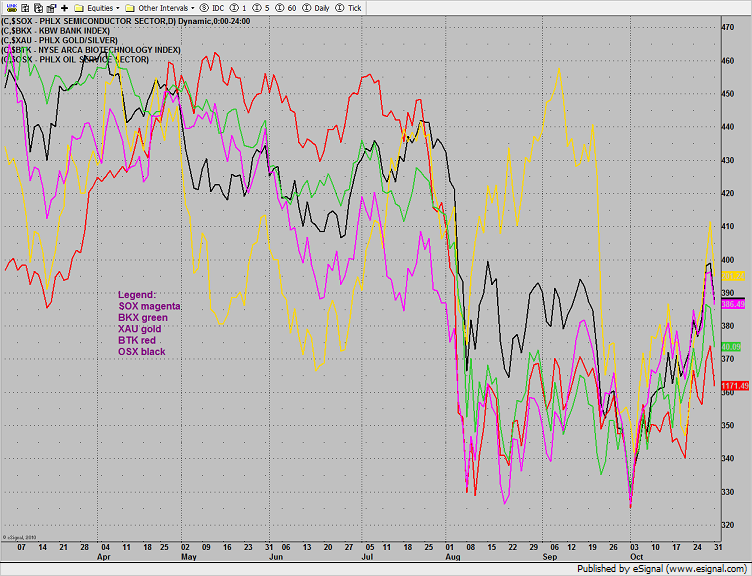 The Dow Transports rallied exactly to the prior breakdown and 200dma and found failure. This is not unusual and doesn’t mean that the advance has terminated it is typical of price action that is extended and testing a major level. 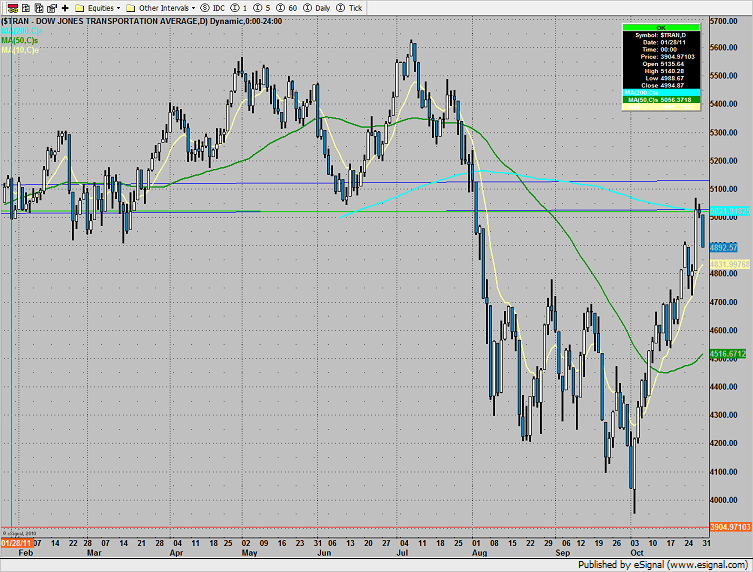 The SOX declined back to the September high. This is key near-term support.

The XAU is midrange and otherwise featureless. 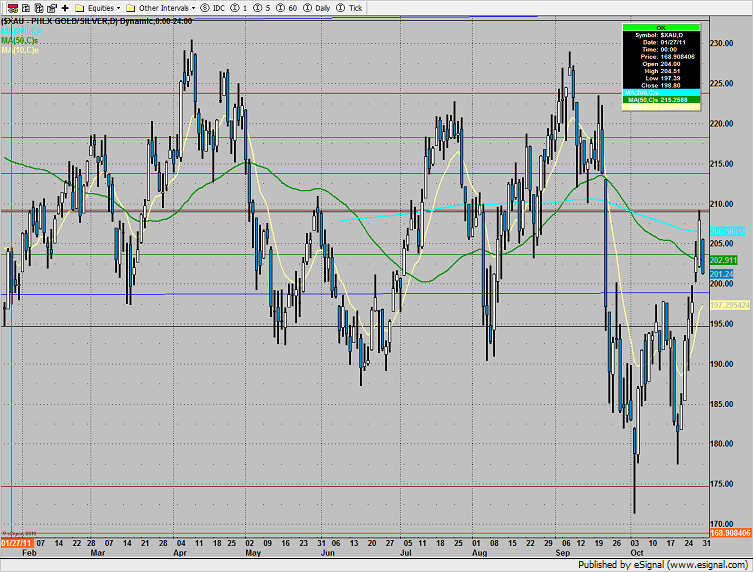 The BKX was much weaker than the broad market and retreated back to the very important 40 level. It is very important for this leading index to hold the 38 level. If this cannel low is lost the market is truly sick and heading lower. 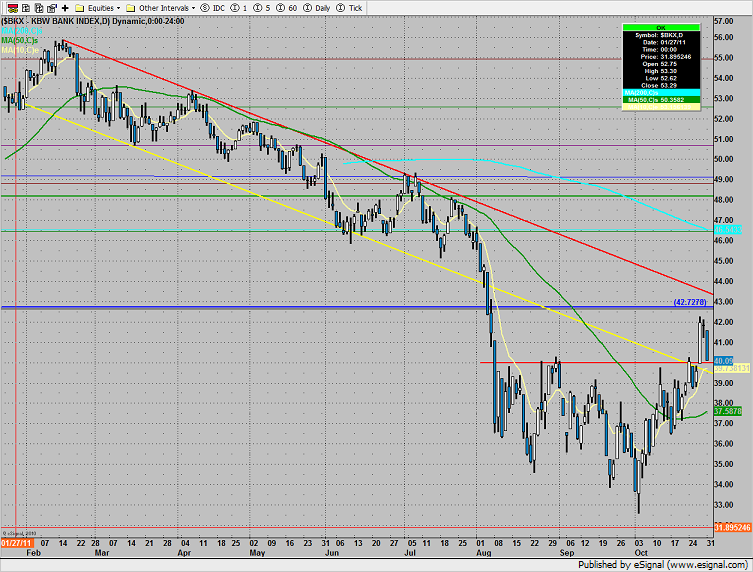 The OSX is still working in a very complex pattern. The most important part of the puzzle will be taking out the down sloping overhead DTL. 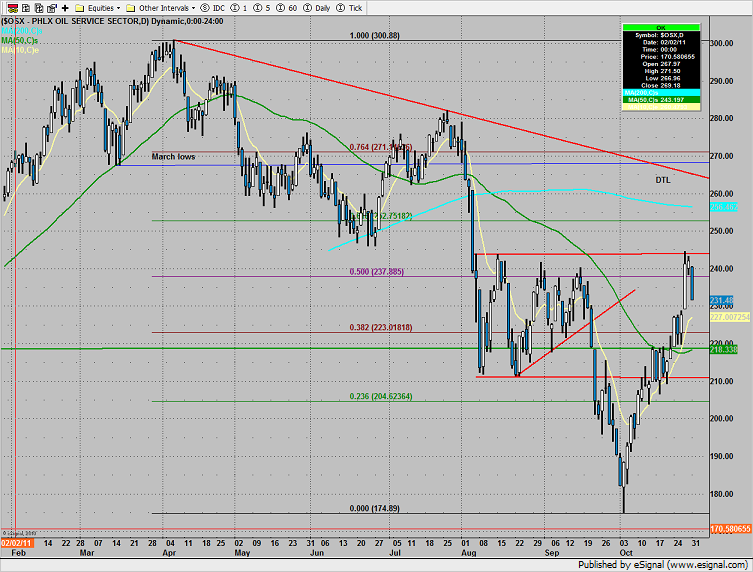 Gold was a little lower on the day. Look to the live angle to hold price in the very short term. 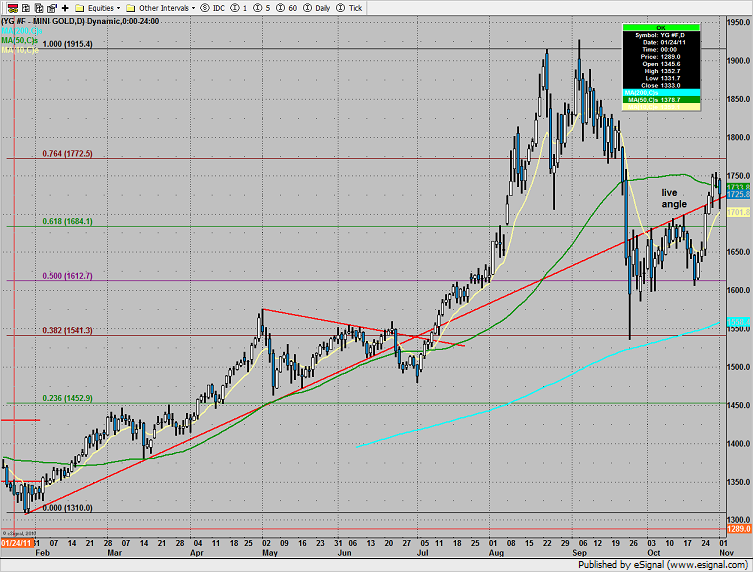 Oil is trapped between the 200dma and the 4/8 Gann level. 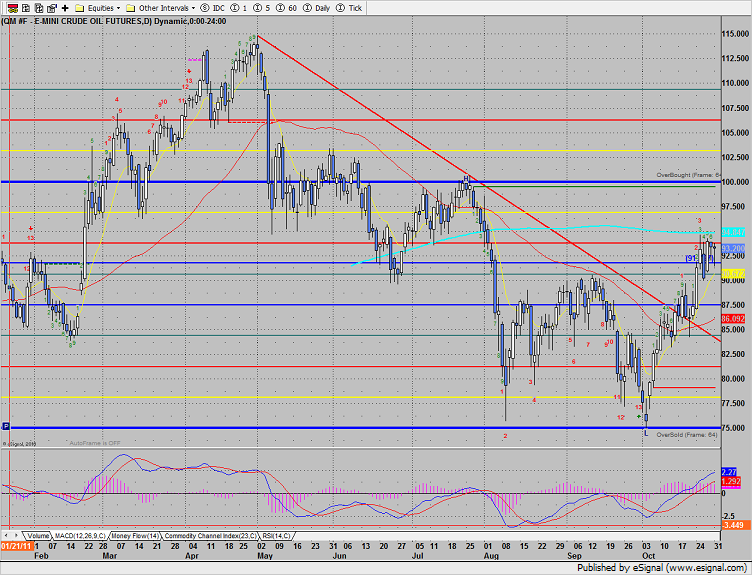