An incredibly flat session, as we can clearly see in the intraday chart of the US Dollar Index with our market directional tools: 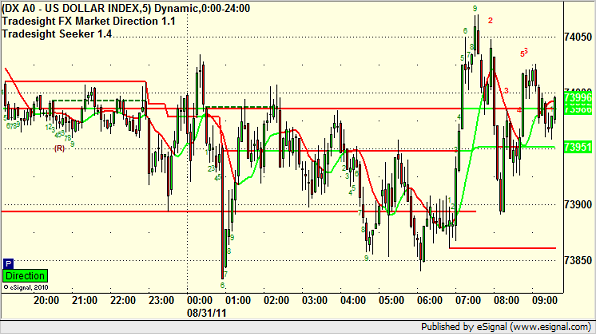 End up with our trades triggering a few times with not much reward until the last one, which I’m carrying over as I write this. See GBPUSD below.

New calls and Chat tonight. One more day after that until the long weekend and summer starts to set behind us.

Triggered long at A and stopped. Triggered short at B and stopped. I had put the long back in before I went to bed, this triggered again at C and eventually stopped. Put the short back in in the morning, triggered at D, hit first target at E and holding the other half with a stop over LBreak: 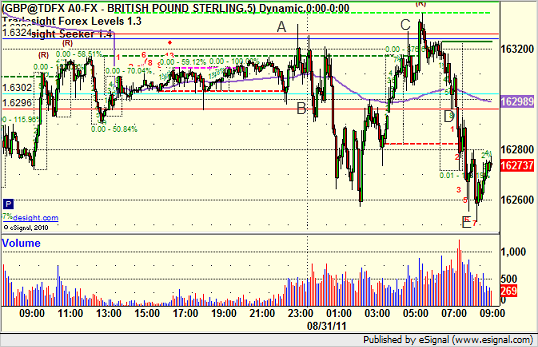