For the first time in months, neither trade triggered as we split the calls between the EURUSD and GBPUSD. The usual GBPUSD setup did trigger and worked, but the call in that direction was on the EURUSD, which set the trigger beautifully but never triggered. See both below.

Here’s the US Dollar index intraday with market directional lines: 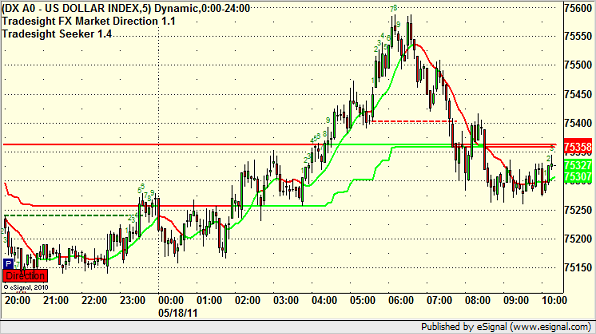 Short trigger call was under VAH, which it hit exactly at A and never broke, nice setup if it had gone. Note that the range was contained to basically between the R1 and Pivot, which is light: 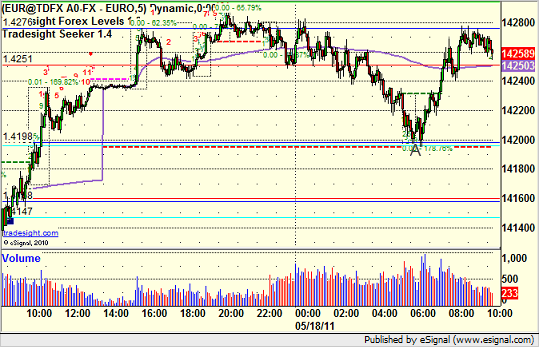 The trade for weakness in the USD was the GBPUSD over UBreak, which it approached at the highs but never got to. Meanwhile, following our system, the short in the GBPUSD would have been under LBreak, which worked to S1 from A to B. Sometimes, it is worth doing both: 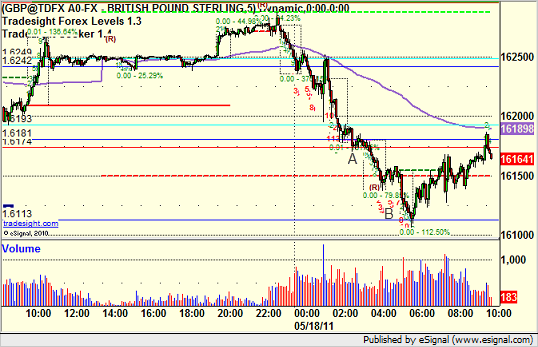