Winner and loser for the session, nothing special. August continues.

Here’s the US Dollar Index intraday with market directional lines: 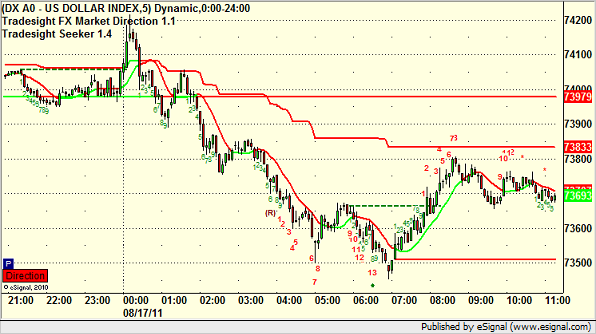 See EURUSD and GBPUSD below. New calls and Chat tonight.

Triggered long at A, hit first target at B, and raised stop on second half and stopped at C: 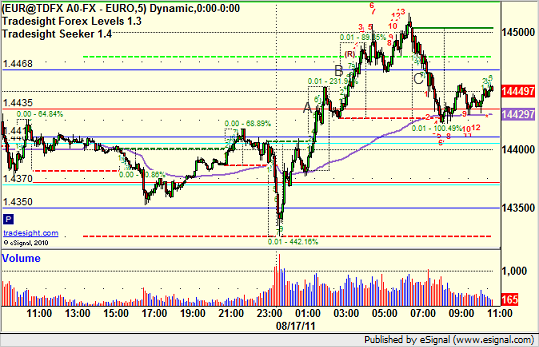 This is a little more interesting and requires a discussion. Our courses teach an order staggering method for getting into trades over a few pips at the entries. In the case of this trade, at point A, it went 4 pips under the trigger line, which could have triggered some (or all if you were really aggressive) of the staggered entries. Those would have stopped. Then, it triggered again at B, so if you still had pieces of your trades that hadn’t triggered the first time, they would have fired at B, However, here, it was on a quick news spike, and if you used Stop-Limit orders correctly, you might not have been filled at all (which is fine). It then hit the first target at C and reversed hard. For tracking purposes, we’re just going to count this as a regular loss/stop-out, but in reality if you followed the rules, it might have been a little more complicated: 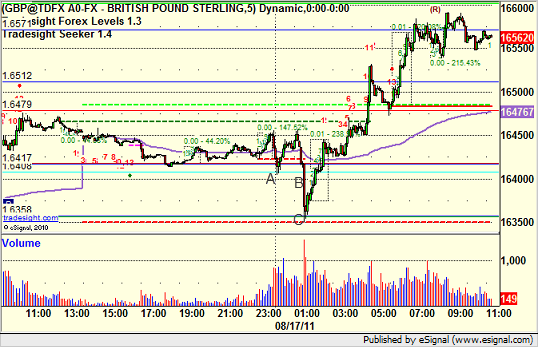