The SP is stuck at a measured move. There has been a lot of talk in the financial medial about the SP500 having about doubled from the intraday swing low at 666. They say that the “psychological level” is proving to be a headwall in the advance. The truth is that the “psychological level” is actually a legitimate level. There is a technique for measuring moves that is known as Absolute Fibs. They are different from relative fibs because the absolute fibs have only one reference point. The swing low or high is identified and then the Fibonacci series is applied as a multiplier. This yields measured move targets. In the weekly chart below, the key levels were the 50% fib 666*1.5=999, then 666*1.618=1077.58 and finally the current level, 666*2.0=1332. 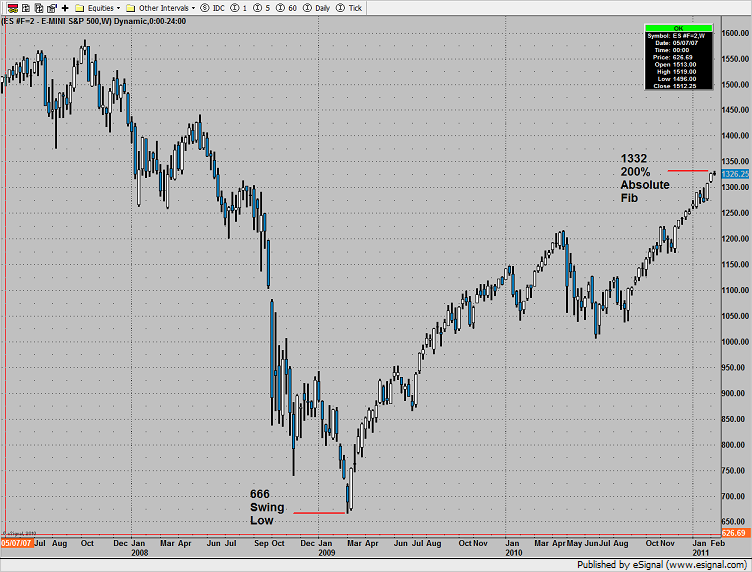 The SP posted a narrow range day, leaving a second doji at range high. Wednesday is 2 days before expiration and could see some improved range. 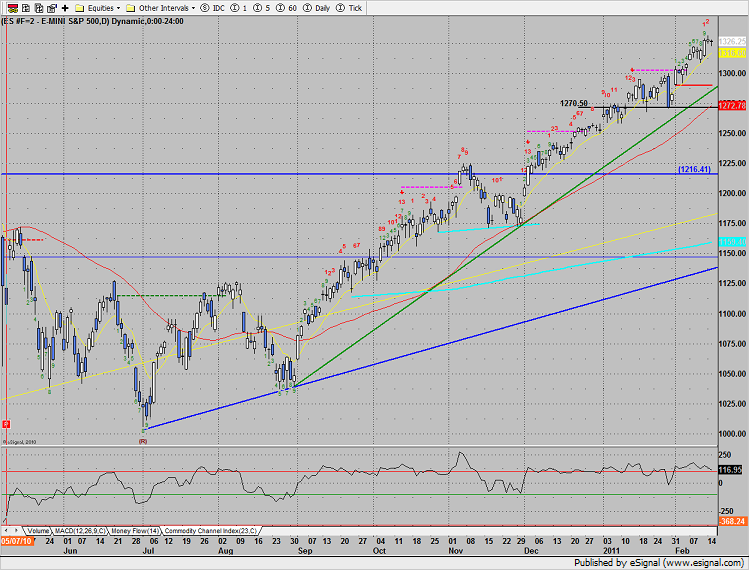 Naz was flat on the day completing the 9 bar Seeker setup phase. 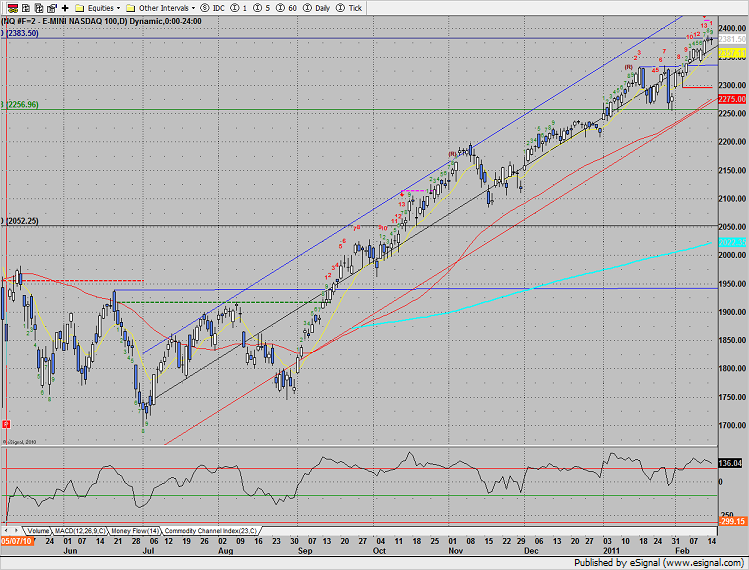 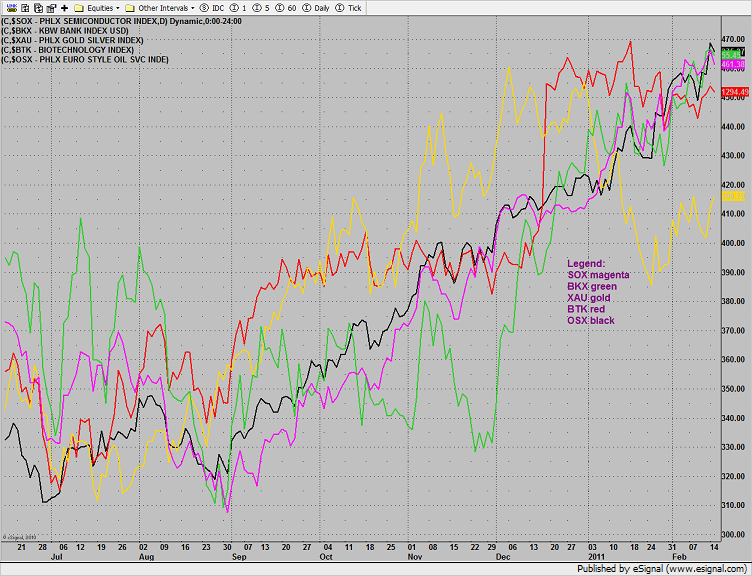 The XAU was top gun, settling at the top of the recent range. The trade-to-target remains the 50dma. 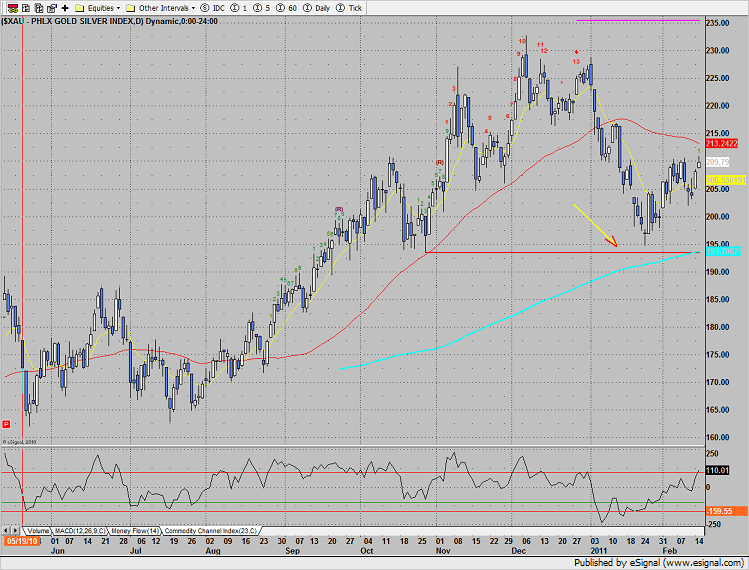 The BKX was lower on the day after on an intraday basis recording a new high on the move. 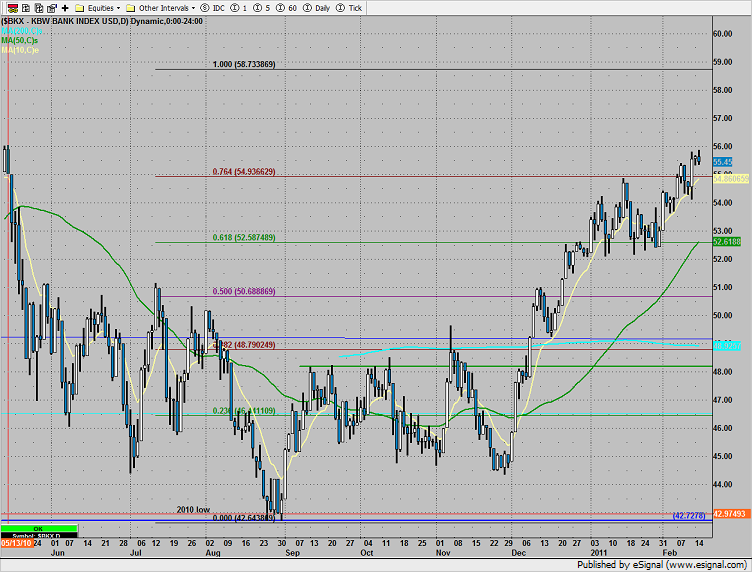 The BTK was range bound: 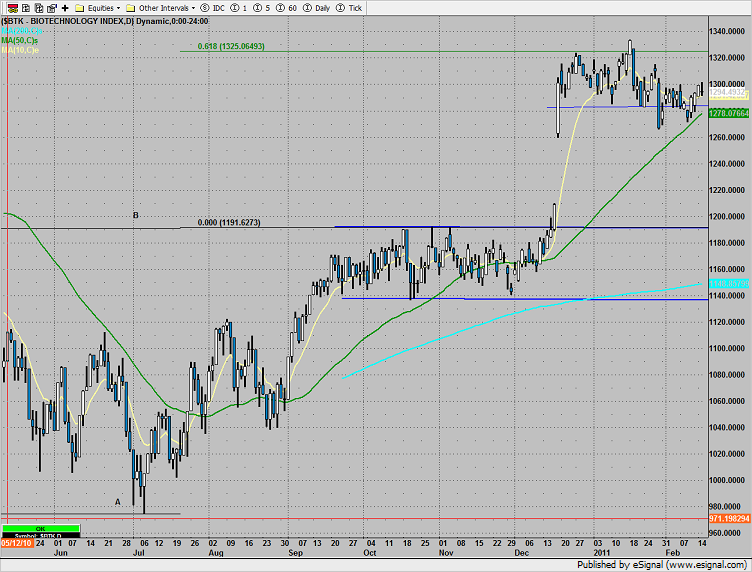 The OSX underperformed the broad market even though crude was higher on the day. The advance remains uncorrected since the handle breakout December 1, 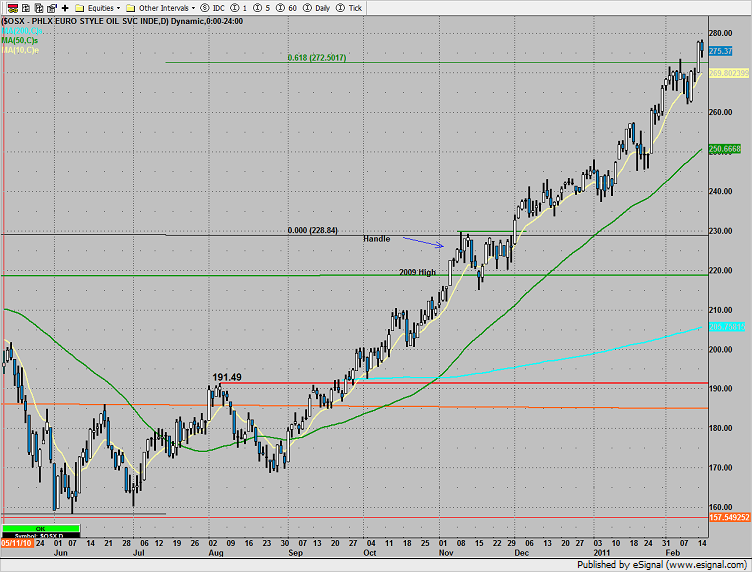 The SOX was the last laggard on the day. The Seeker exhaustion signal remains active. 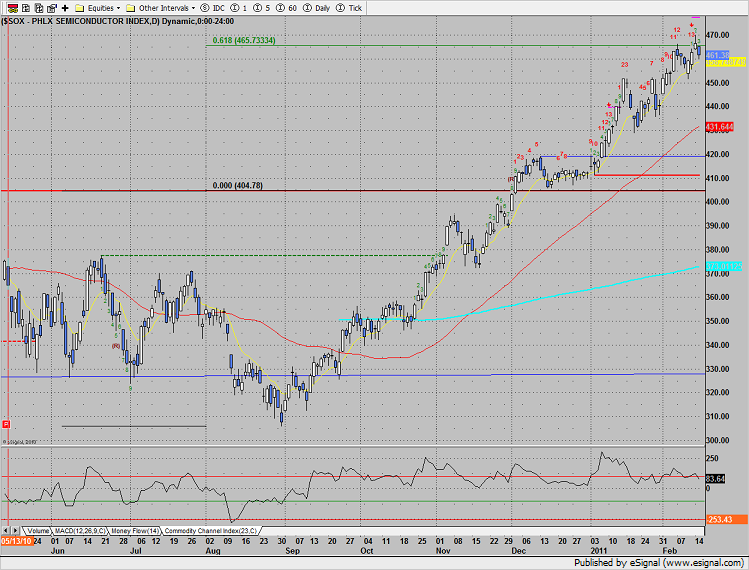 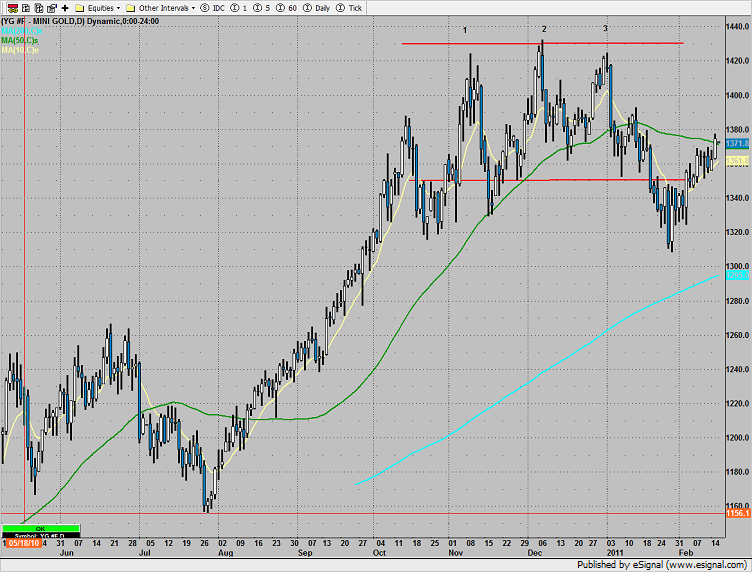 Oil recorded new YTD lows and is now 8 days down: 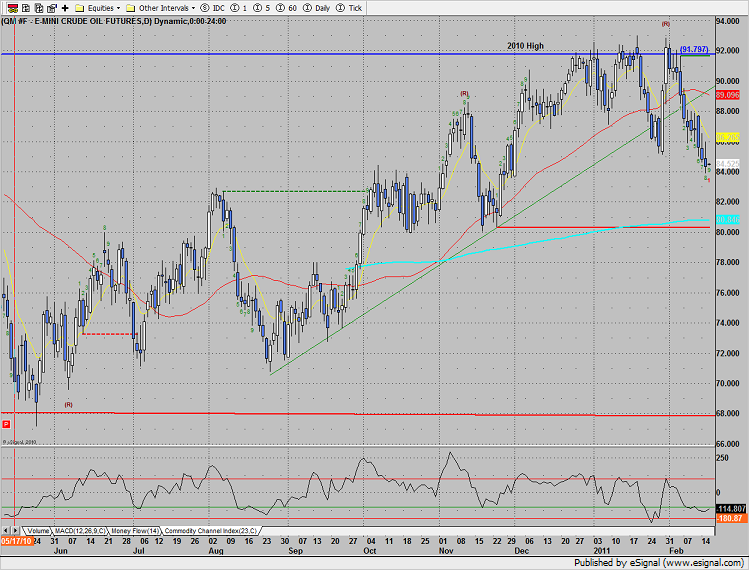