The SP posted an inside day, “measuring” the conviction of the bulls and bears after the price shock on Friday. There were some positive and some negative footprints left on the chart. The days settlement was above the open which is a plus, a dark bodied inside candle would have been very bearish. In the negative column, price was contained in the lower half of the prior candle. All together, after perhaps some month end window dressing, the market put in a classic measuring day. Friday’s low at 1270.50 is the line in the sand. Be sure to have an alarm set for a break under this new key level. 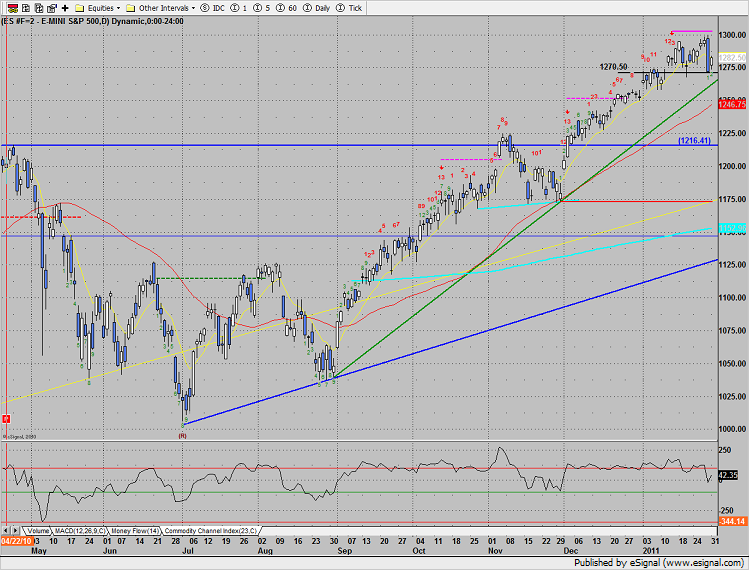 Naz also posted an inside measuring day. The key level is the 62% measured move fib which was used on Friday as the low. A settlement under this level should kick in negative momentum. Also note on the chart the important area where the 50dma, static trend line and regression channel converge. 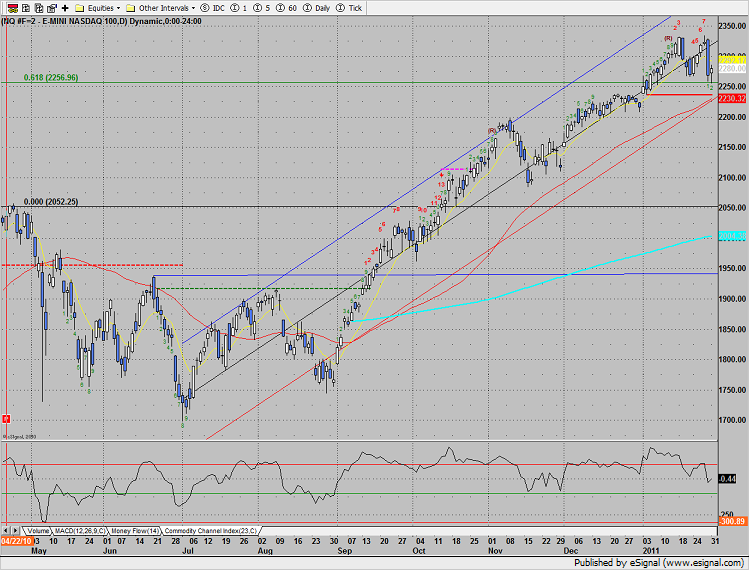 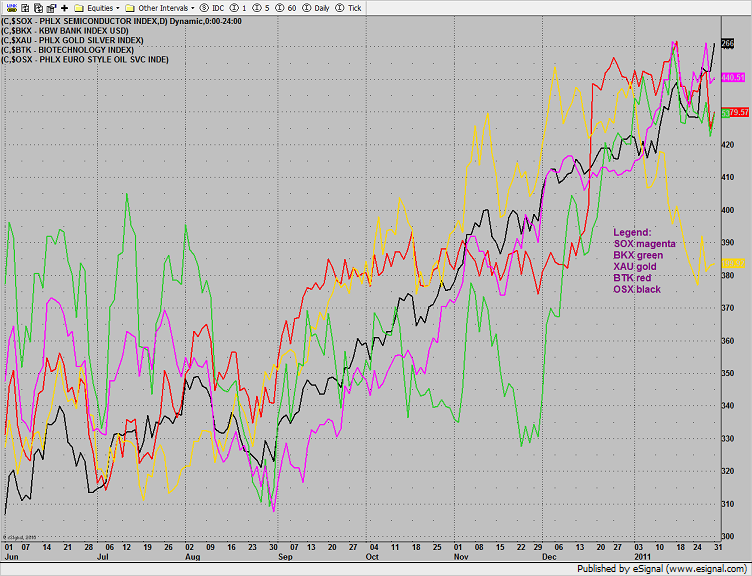 The 10-day NTSE Trin is climbing close to the 1.35 over sold threshold. The Trin is a contra indicator where lower numbers are recorded by bullish activity and higher numbers recorded by bearish trading activity. 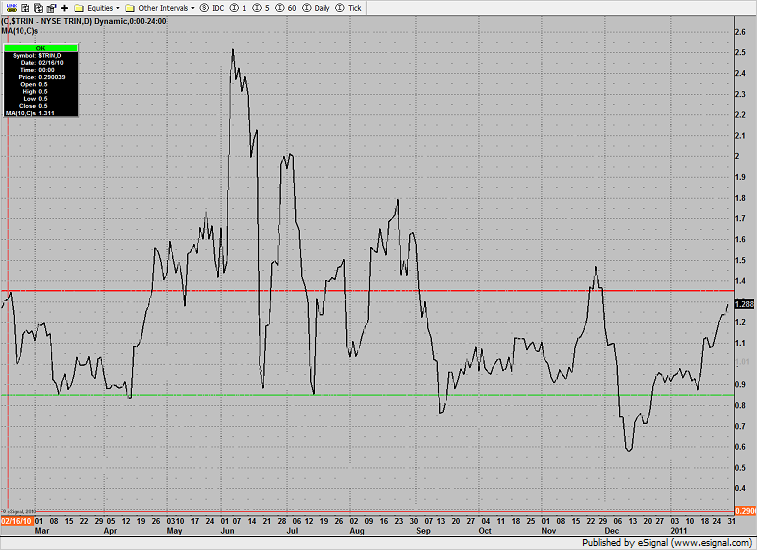 The put/call ratio printed above one which is a foot print of traders taking “risk off”, but is well short of the climatic reading seen in late Q2 2010. The chart is actually just starting to change character and curl up after the extreme “risk on” readings in late Dec and early Jan. A trend line has been applied to highlight the breakout in the 10ema over the declining DTL (blue). 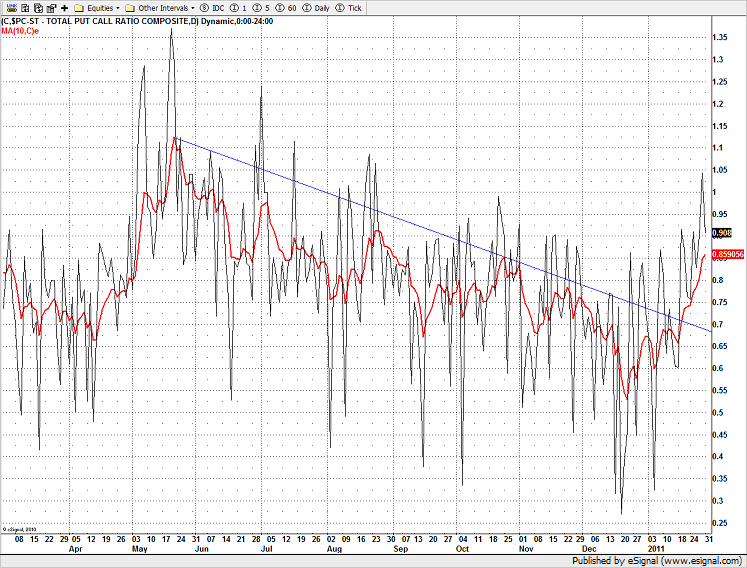 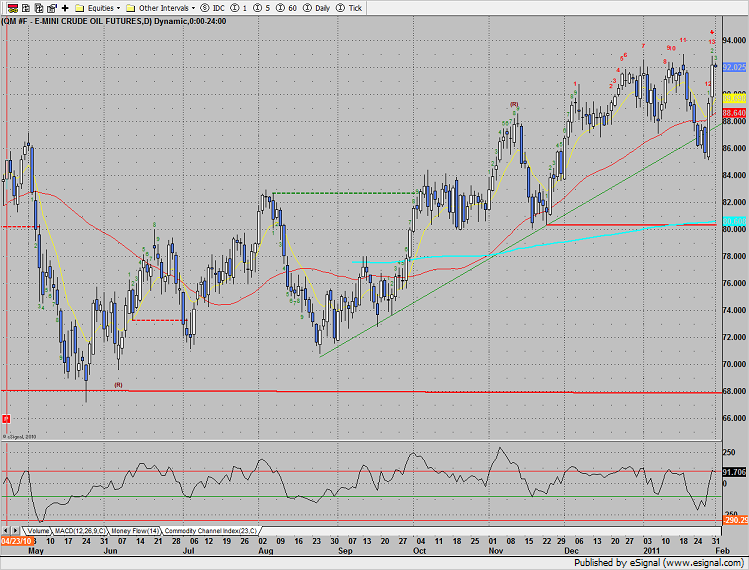 Gold was higher early in the morning but became a source of funds settling below Friday’s close. It would be highly unusual if the triple top in place did not put more pressure commodity before a lasting bottom is found. For perspective below is a weekly chart of the YG futures. 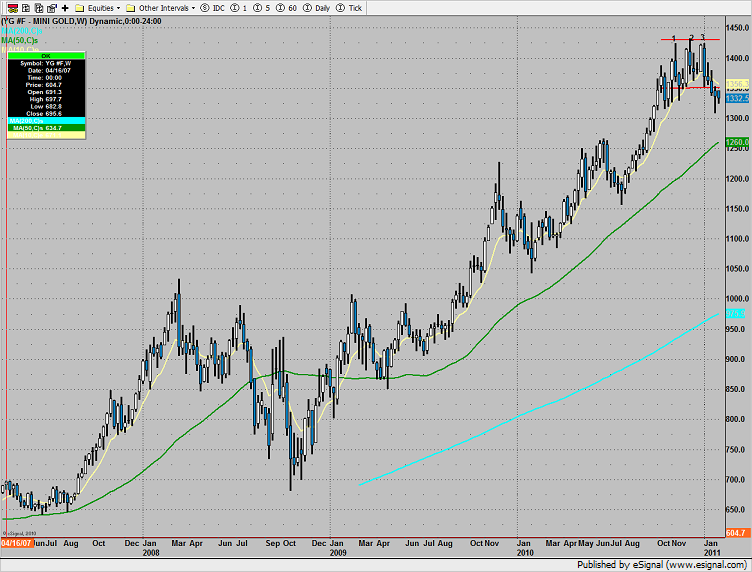 The OSX was top gun, +6 on the day. On the weekly chart below Fibonacci extensions have been added to project measured move targets. 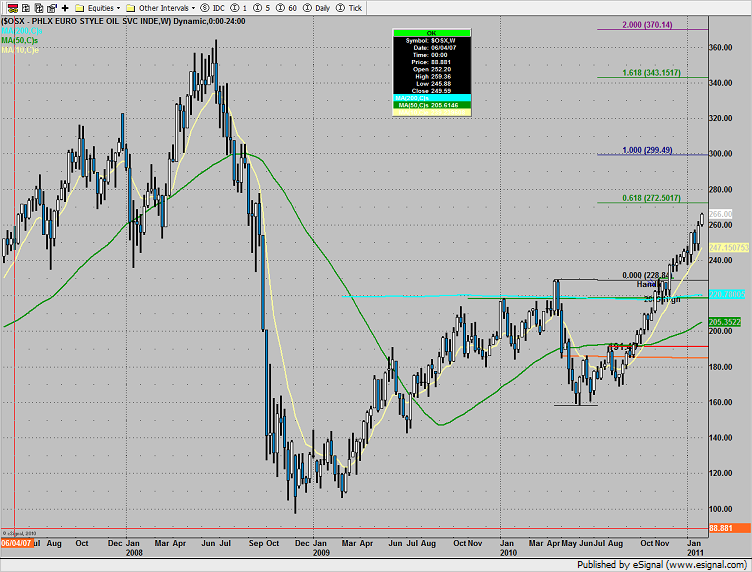 The BKX outperformed the broad market but was inside Friday’s range; 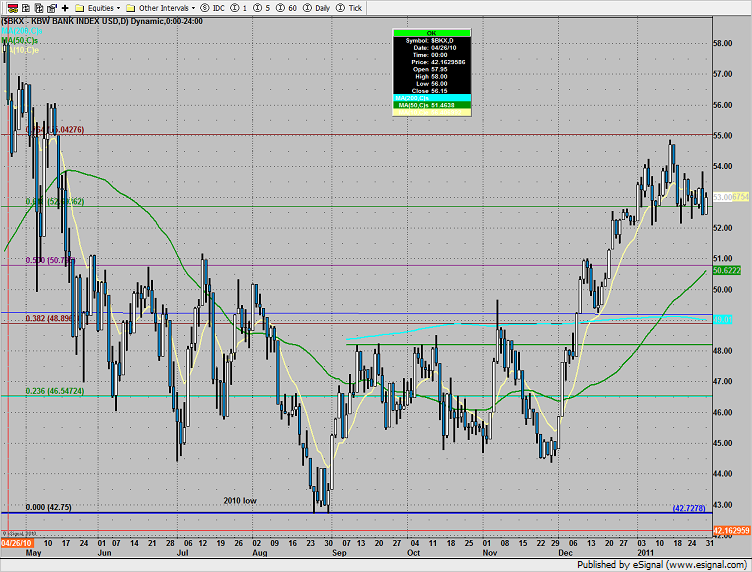 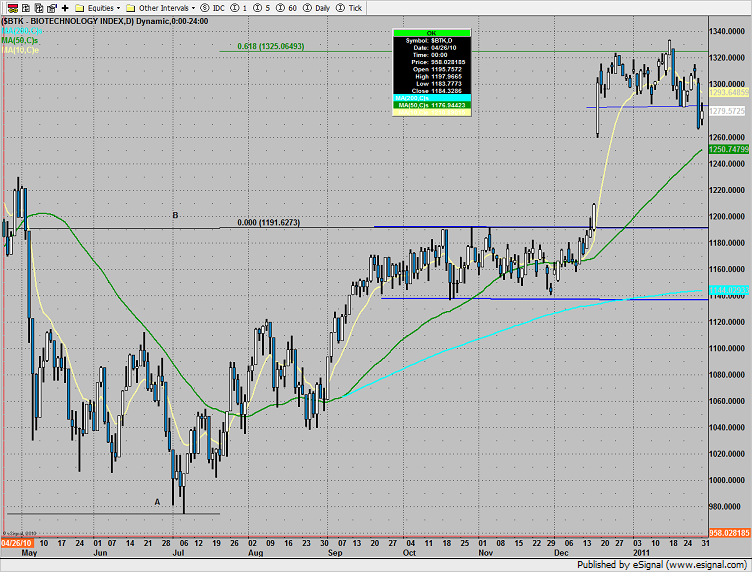 The SOX posted an inside day, nothing new until the range is resolved. 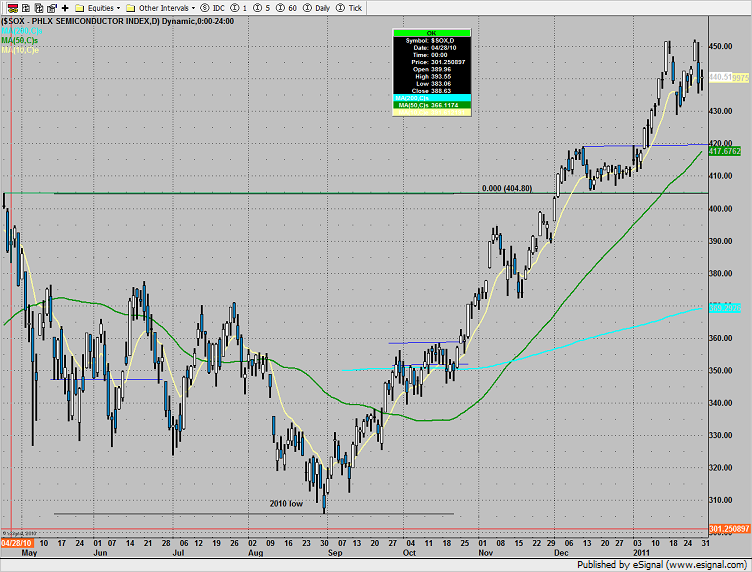 The XAU is still holding above the static trend line. This is very important support and needs to hold or a waterfall of money exiting gold is in the cards. We’ll examine the intermarket readings later in the week after the month end rollover passes. 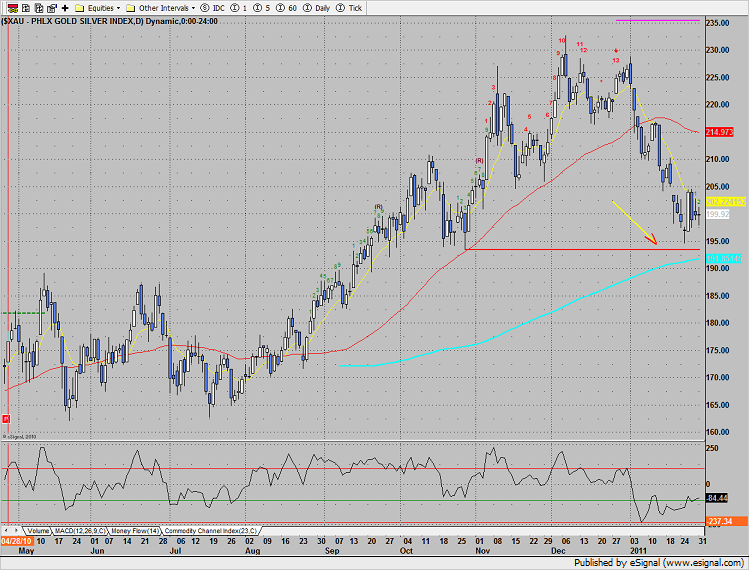