The SP recouped some very large midday losses to settle for the third day at almost the same level. 1198 has been the recent draw and will be a very important level when the range is resolved. If price moves higher this will be an important support area and if price declines 1198 will be formidable resistance. Note that the MACD is negative but has not touched the zero line which could be important unfinished business. 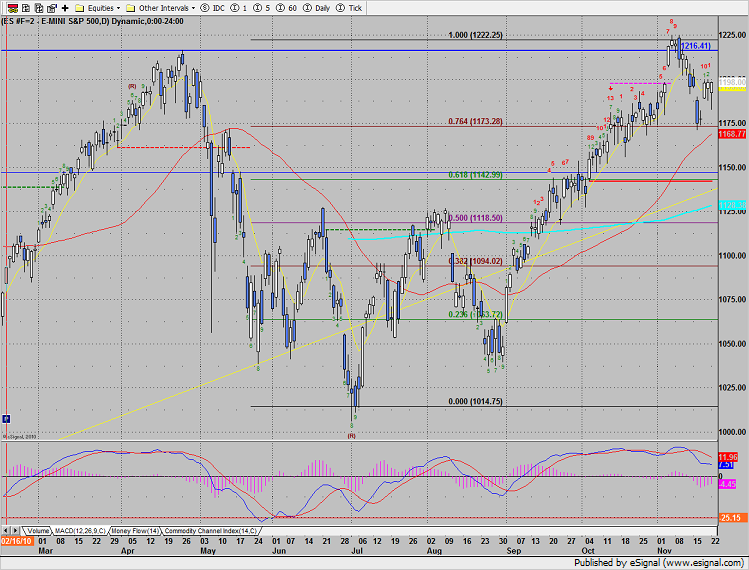 Naz was bifurcated from the broad market. Monday the Naz gained 21, which was a 5 day high, while the SP could only mange to close even. Price remains above the April highs and could easily challenge the YTD high. The notable flaw with the current construction is the open gap around 2100. 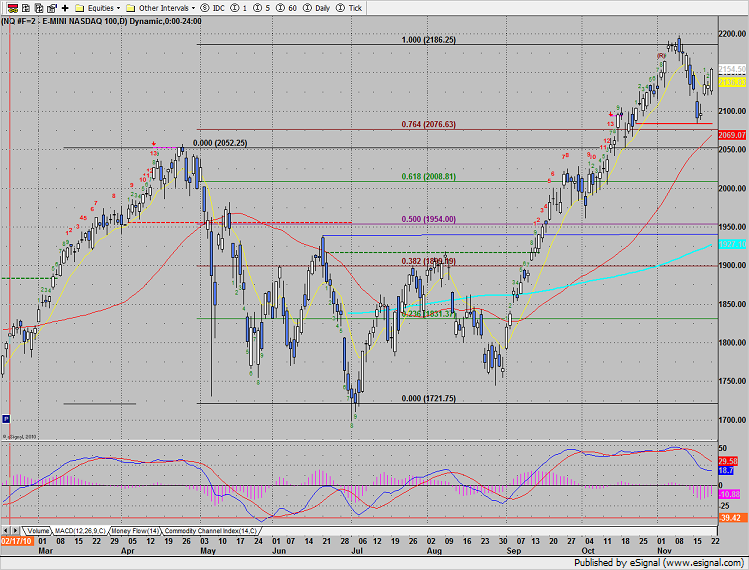 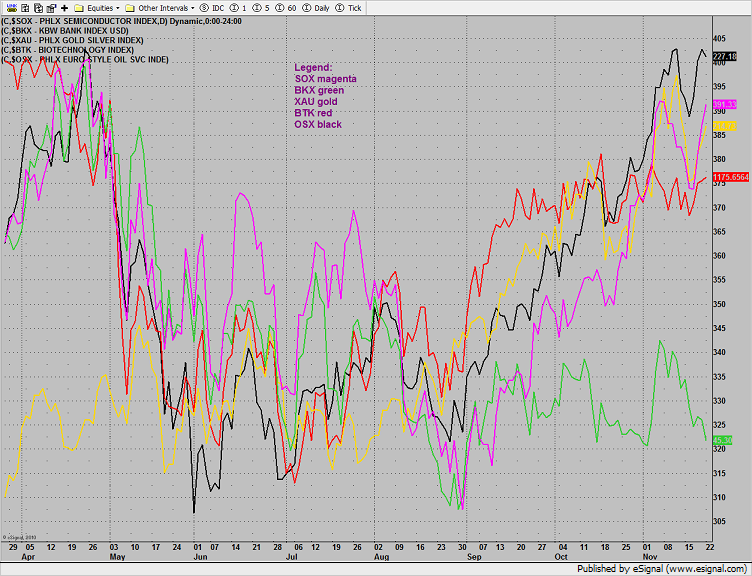 The 10-day Trin has yet to record an oversold reading of 1.35+ but has recharged and worked off the September overbought reading. 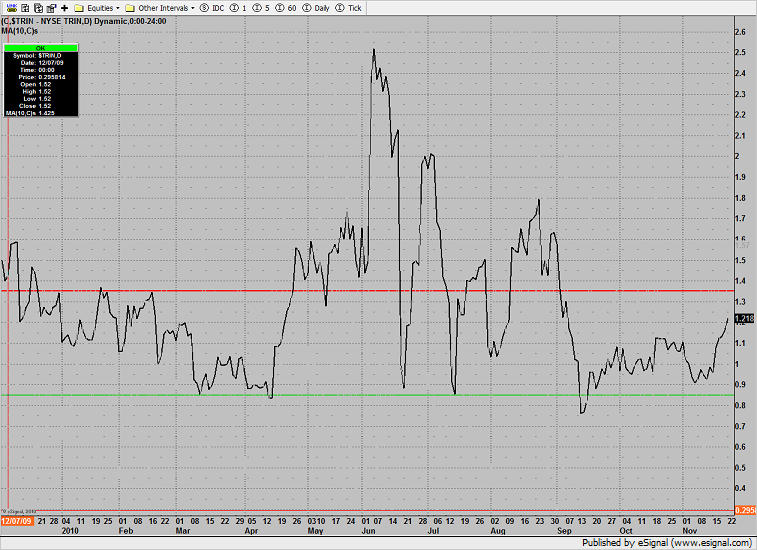 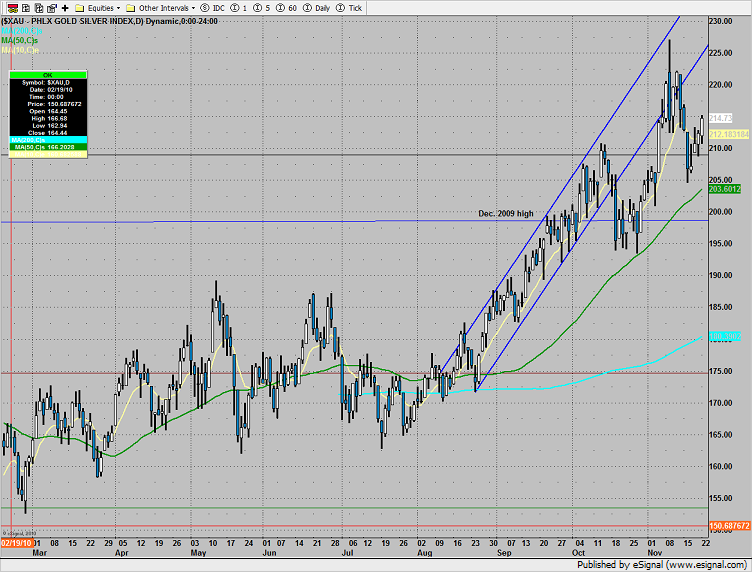 The SOX was the top Naz sector and is very close to recording a new high close on the move. The pattern is 3 days up into prior resistance so a measuring day Tuesday could be in the cards. 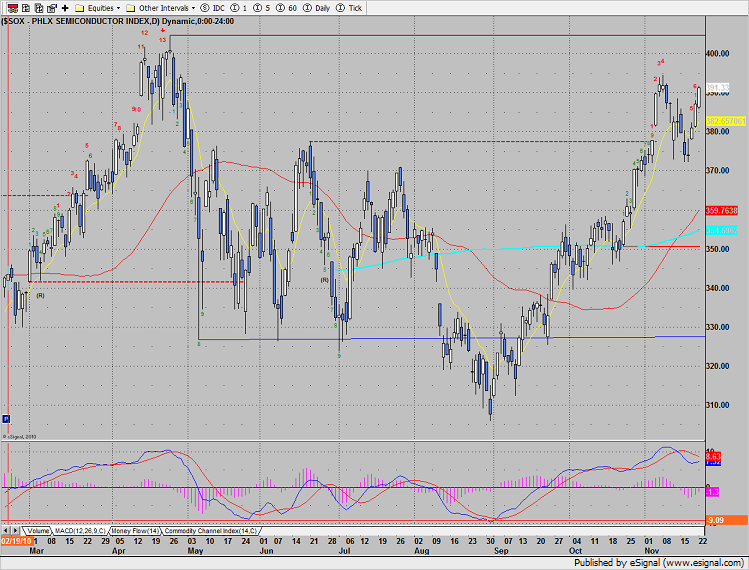 The OSX would provide excellent leadership if it can break through the current double top. As noted in previous reports, the chart may want to take some time and trace out some kind of handle here. 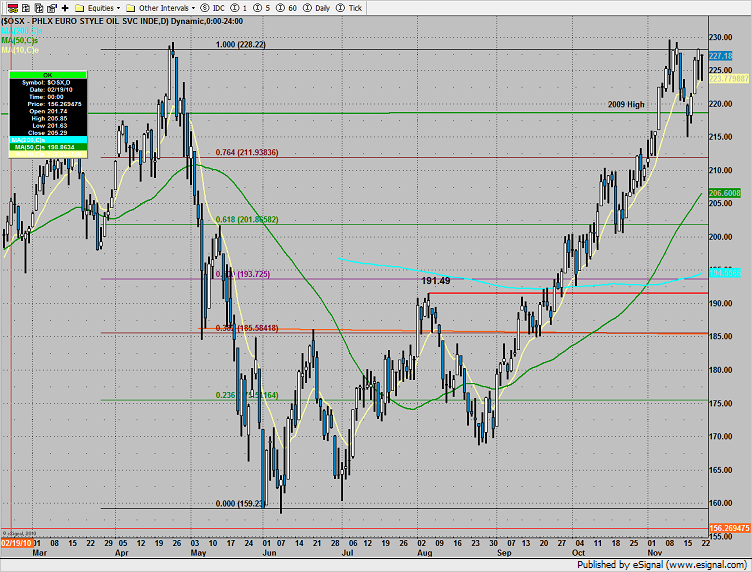 The financials were the laggards today. The BKX lost 1.5% settling near the low of the quarter. The pattern is 8 days down and should want to either pause or bounce. 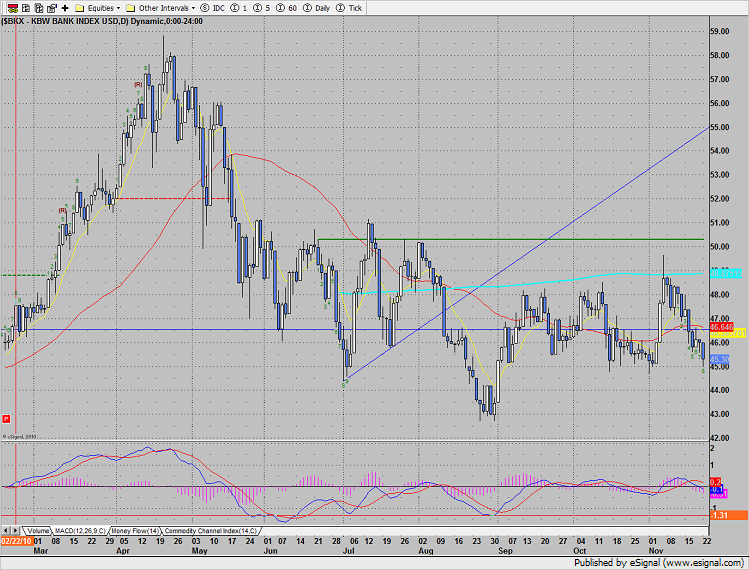 Is gold making a head and shoulders top? 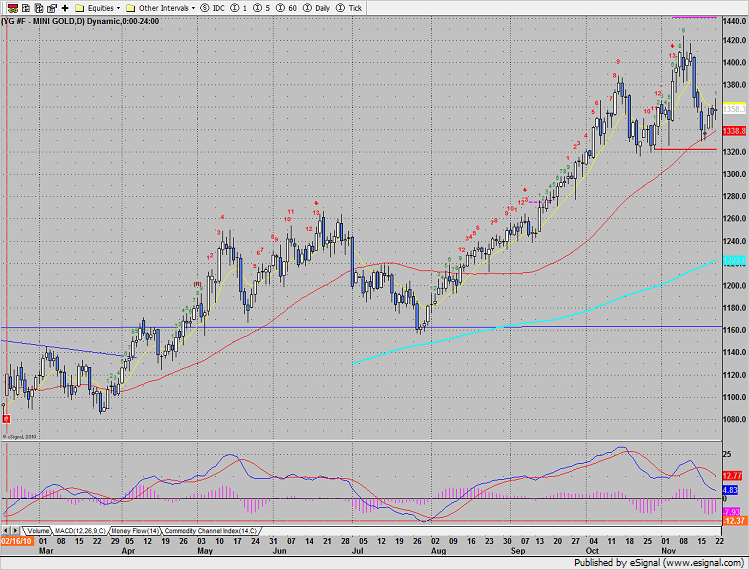 Oil was lower, settling in the previous comfort zone. 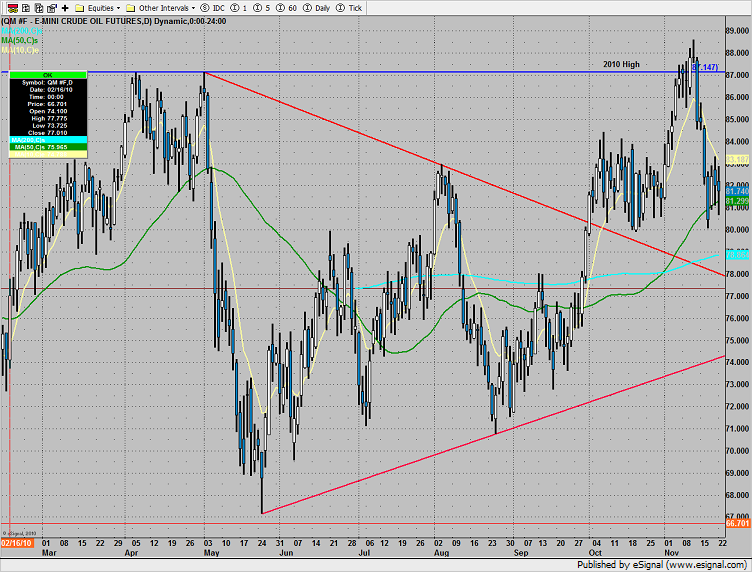