Not a very interesting night, but a learning trade in the GBPUSD based on order staggering, see below.

Here’s the US Dollar Index intraday with our market directional lines: 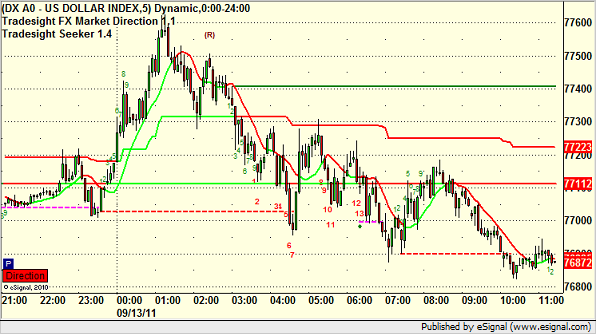 Our system teaches an order staggering methodology where your entries and exits are spread out over several pips. Stops should be “20 pips plus spreads” based on the spreads for the pair that is being traded. In this case, the GBPUSD triggered short at A, went only “20 pips plus 1” against at B, so might have stopped a leg of your trade if that was where you had the stop. Also could have re-entered for the European session as that potential stop occurred before midnight my time. Re-entry would have been C, or whatever pieces you still had on, hit first target at D, lowered stop over entry in the morning and stopped at E: 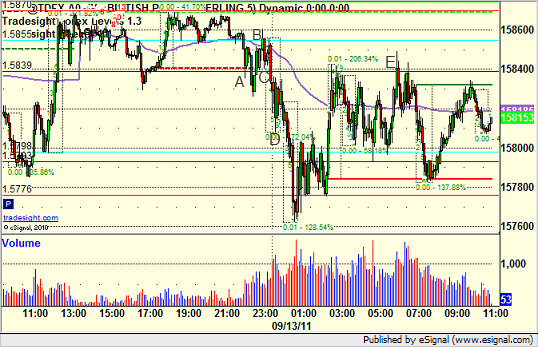