A winner in the GBPUSD that triggered early, so I adjusted the stop after it hit the first target and made new calls in the EURUSD, one of which triggered and worked too. See both sections below.

New calls and Chat tonight, but CPI in the morning is one of our big three each month, so half-size.

Here’s the US Dollar Index intraday with our market directional tools: 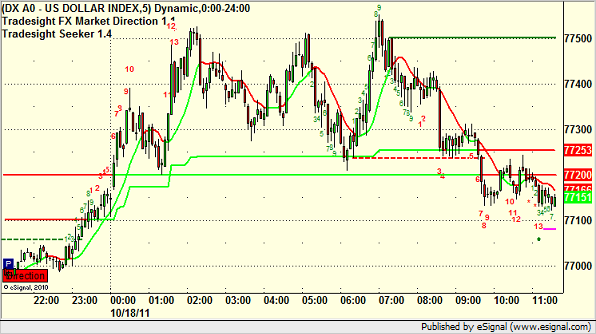 These calls were added ahead of the European session after the GBPUSD went early. Triggered short at A, hit first target at B, and then lowered stop in the morning and stopped at C (could have gone lower overnight if you were awake): 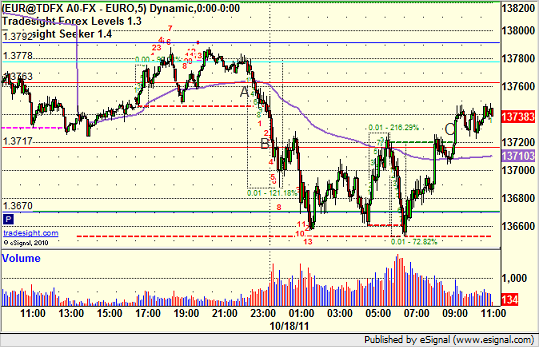 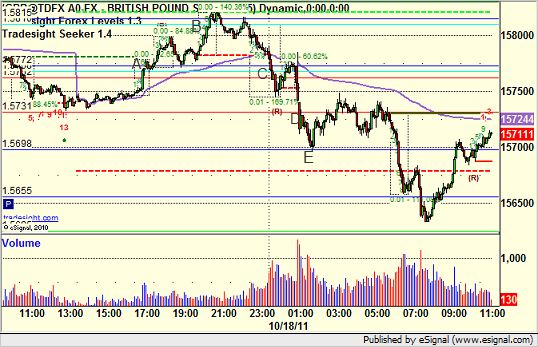