From the Messenger/Tradesight_st Twitter Feed, SINA triggered short (with market support) and didn’t go enough in either direction to count, closed it slightly in the money late in the day: 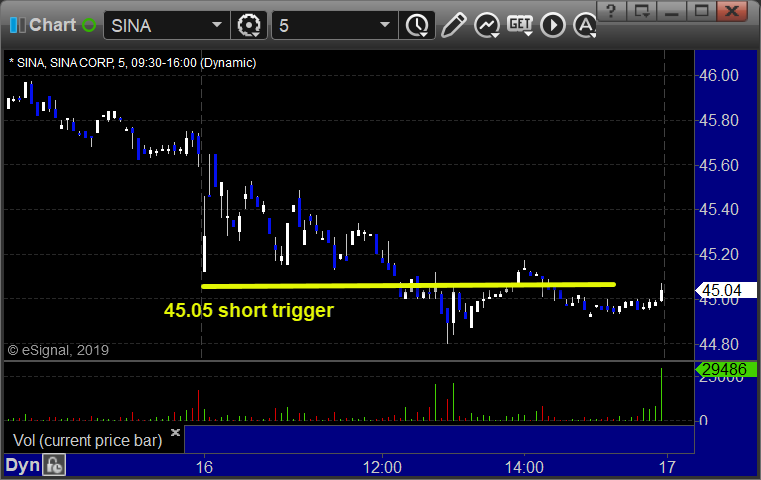 In total, that’s 1 trade triggering with market support, and it barely did anything in a dead market.